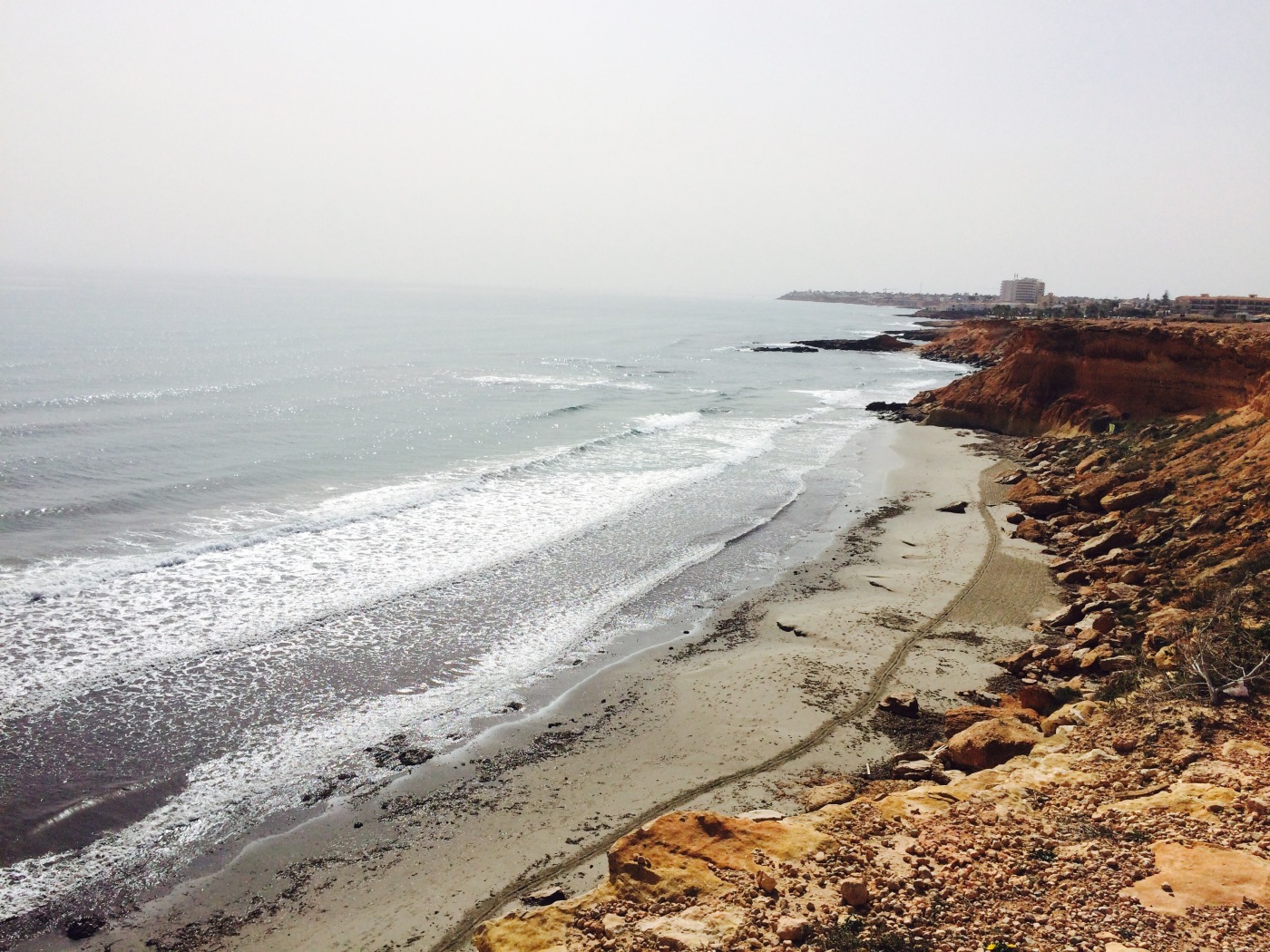 So it’s not quite 5pm here in Spain and I’m somehow several vino tintos down and have joined an impromptu singing session, despite my companions being several decades my senior, and me unable to converse in their shared tongue.

Let’s rewind a little and see how I ended up in this-really rather glorious-situation.

Turns out getting up at 4am after 3 hours of broken sleep has flipped the filter in my brain, leaving me largely uninhibited, and ‘yes to everything’ Aimée is firmly back on the scene.

This week, the realisation that I’m nearly 30 and still don’t actually have a clue what the hell I’m doing with my life has somehow snuck upon me and slapped me square in the face. Leaving quite the sting behind, I have been desperately looking forward to escaping this current troubling predicament by visiting my mum in Spain. (Yes she lives there-not that I’m jealous or anything).

I’m taking the first morning flight out of Manchester, arriving beachside before noon, however, the madre will be in work until after 5. Not one to waste the day, I have made plans to meet a friend for an early afternoon coffee when I arrive.

Coffee soon turns into lunch, and we head to Torrevieja in a beaten up old band bus. In summer, a thriving port town with barely a table to be had at its seafront restaurants, today the cool February day has the Taperìas silent; and so we take our pick of seats at a bar with daubed terracotta walls and heavy dark wood stools.

It’s a real local joint, where ordering largely consists of badly issued Spanish (on my part) and pointing at dishes in the endless selections sat in the bartop cooler displays. It’s 2pm and therefore practically a sin I’ve not yet had an alcoholic drink, so we rectify this situation immediately.

Our conversation ambles along pleasantly, the staff polishing glasses in a laissez-faire fashion, whilst I consume my body weight in snails and seafood.

As we trade travel tales, we hear the faint tones of traditional Spanish guitar emanating from the back of the restaurant.

Further investigations reveal that just out of view, set up in the end corner, a handful of older Spanish gents are sharing a bottle of whisky over ice, strumming guitar and singing along tunefully.

They are backdropped by a wall of framed sepia photographs documenting family meals, team sports and street parades.

I scan the pictures with intrigue, turning from perfectly coiffured dark locks and sharp suits, to the players now sat before me, in a repose The Goodfellas themselves would be proud of.

They could have stepped straight out of the portraits above them, the young men, aged by a life well lived, now comfortably serenading each other over finest scotch just to pass the time.

We move locations, pitching up at a high table just behind them to watch as they recount mournful love stories through lyrics I don’t understand.

It matters not, I catch the odd word I recognise, but the real essence is conveyed through their haunting top notes and fiery crescendos.

The guitarist, with his slicked back hair and glinting sapphire ring, taps out beats and quick-picks with amazing talent and panache.

One gent takes the lead and his friends harmonise like pros. It could be The Rat Pack right there.

They soon notice they have a captive audience, and the singing becomes directed towards me, as five pairs of eyes turn my way.

An animated fellow, whose tanned face holds laughter lines that are the fine crinkles of tree bark, heads over. Peering out at me through Buddy Holly frames, playful mischief plastered over his face, he asks ‘canta?!’ hopefully. I shake my head in a firm no, that NO I can’t sing-however my friend gleefully proclaims yes! at the exact same moment.

He nods happily, takes my hand and drags me over, offering me a chair.

Two older ladies are pulled over too, and they join in with the singing crew. There must be something in the water, as everyone here is insanely talented, and their pitching is out of this world.

They jam on, throwing looks my way and the challenge of ‘canta?!’ at regular intervals. I continue to bow my head and shake my hands in protest, much to their dismay.

Several more copas de vino though, and I somehow have the dutch courage to finally open my mouth.

The guitarist hasn’t a clue what my song is, but urges me on, and somehow we muddle through. In no time at all he has pieced together notes based on the tune I am throwing his way.

The anonymity that comes with our language barrier works in my favour, as my audience are firmly focussed on me, relying on my facial expressions, inflections and intonations to make sense of my sentiment.

I finish my number to raucous applause and turn to see the waiters and other restaurant patrons who have now come in, all smiling and clapping too.

Eventually the hubbub mellows, and the guitar starts up once more. We use this opportunity to take our leave-shaking hands, sharing hugs, smiles, and kisses goodbye.

I’m all fired up on the drive back North, now THAT was surely a way to spend a day! I feel inspired and invigorated by the old señores.

In fact, I’ve almost quite forgotten my mini-life crisis of earlier, it having now been replaced with a sudden renewed energy and joie de vivre.

I think of my compadres, their energy, love, spirit and friendship. That, if I can live through an age as they have, following their simple rules, then that will surely be enough, no matter where my path takes me.

I take a minute, gazing out at the pale yellow sky, to capture this moment in my mind, to bottle this feeling for another day when I am again feeling low, to remember this golden afternoon spent with new friends, in a tiny restaurant corner, in an empty town, simply singing like there were no finer way to spend a day.

One thought on “The Golden Age”