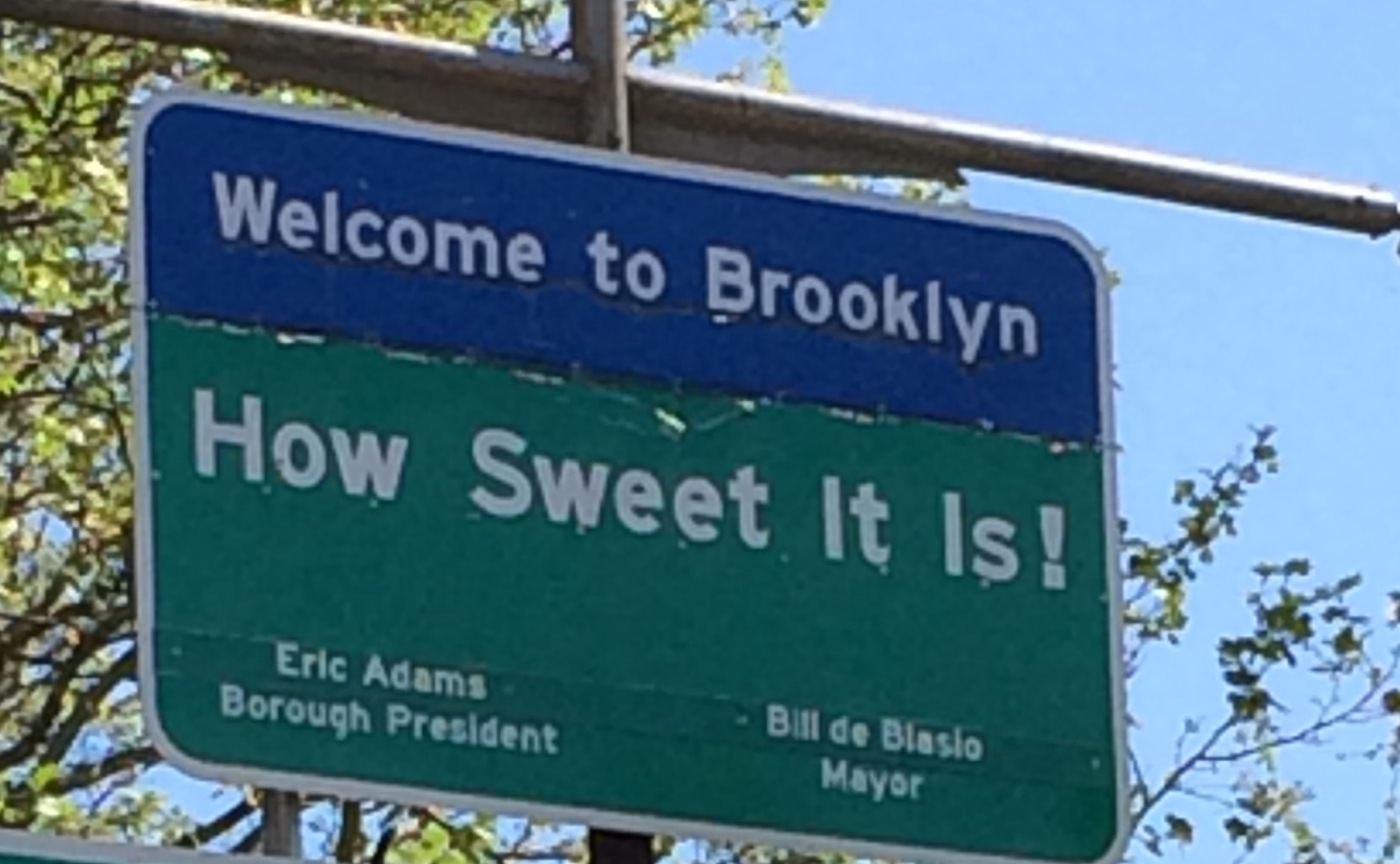 Today I have crossed the river east of Manhattan to head to Brooklyn. A hotspot to visit in its own right; I have been advised to check out Williamsburg for the best Brooklyn has to offer in a day. I take the L train to Bedford Avenue and emerge onto the baking sidewalk expecting the morning city rush, except it doesn’t come.Instead, I’m surrounded by pleasant leafy streets, brownstones; and a plethora of quirky and hip eateries. Taking a stroll up to McCarren Park the place has the familiar feel of a mishmash of neighbourhoods I’ve visited before. It’s as if East Dulwich and the Northern Quarter have given birth to offspring that bears a passing family resemblance to Shoreditch and Camden. Hipsters walk the streets and fitness fantastic run track despite the sweltering heat.

Time runs at a slower pace here than in the city; and places to eat don’t open until 10am and lots of stores boast openings from midday only.

The people of Williamsburg are nice and unassuming. I’m told I’m pretty by several passers by and it doesn’t feel remotely sleazy (save one guy who said he wanted to cover me in chocolate and tomatoes-because apparently chocolate and fruit tastes great together.win…). I stop for brunch and I’m the first one in as they open the doors. I make friendly with the guys who serve me vodka and chicken for breakfast (don’t judge me) and come away with the suggestion to go ‘thrifting’ (popping tags…); as well as an answer to a clue on the crossword I’ve been struggling with for days (cheers G2!).

I head off and check out the thrifties as well as some quirky bespoke jewellery shops-although the price tag is hardly Oxfam.

As I amble up North 11th the smell of hops from the Brooklyn Brewery permeates the air. There is a decidedly sleepy industrial feel here which reminds me of the back streets of Manchester; but with the Hudson River and an NYC skyline to boot. I pass by a whole section of a park cornered off for the filming of ‘Mr Robot‘ (no me neither-I googled it but really, don’t bother…) and I definitely feel as if I’m in Manchester-with the drunken bag lady falling down just out of shot the sweetest reminder of home.

Moving on up towards Greenpoint I make a new friend who stops to ask me for directions (ha!). we chat a while and walk amicably up Franklin street together commenting on how quiet it is. I wave him on his way as I go left and he goes right and I enjoy the silence of this enticing borough once more.

Although an easy enough jaunt from central Manhattan, public transport between Brooklyn’s neighbourhoods is not well connected and getting from where I am to downtown is apparently’a bitch’. Undeterred and optimistic I consult google maps and figure there must be some sort of boat to take me where I want to go. Four dollars and 15 minutes later and I’ve whisked across the Hudson on a ferry at breakneck speed to Dumbo and the Brooklyn Bridge.

Congratulating myself on this sterling work I buy a waffle cone to celebrate (this is the second day I’ve had ice cream for lunch but what the hell) and search out the stairs to the bridge. a 50/50 split of locals and tourists head off Washington to take the half hour walk across the river as cyclists screech by ringing their bells and shouting ‘look out!’

I walk at a leisurely pace passing street sellers hawking souvenirs and ice-cold drinks; and many folks stopping for the obligatory selfie. I make it across in one piece and am immediately swallowed up by the bustling dense city population; and I’m a drop in the ocean once more.

I sigh and head for Fulton as pretzel carts and Starbucks blare at me from every angle. Heading back uptown on the A train to Harlem during rush hour; and I’m already longing for the quiet I left east of the Hudson. As people pack themselves into subway cars I realise exactly why it is that Brooklyn is such a welcome reprieve in the city that never sleeps- and I’m grateful for the opportunity to have spent a day there.