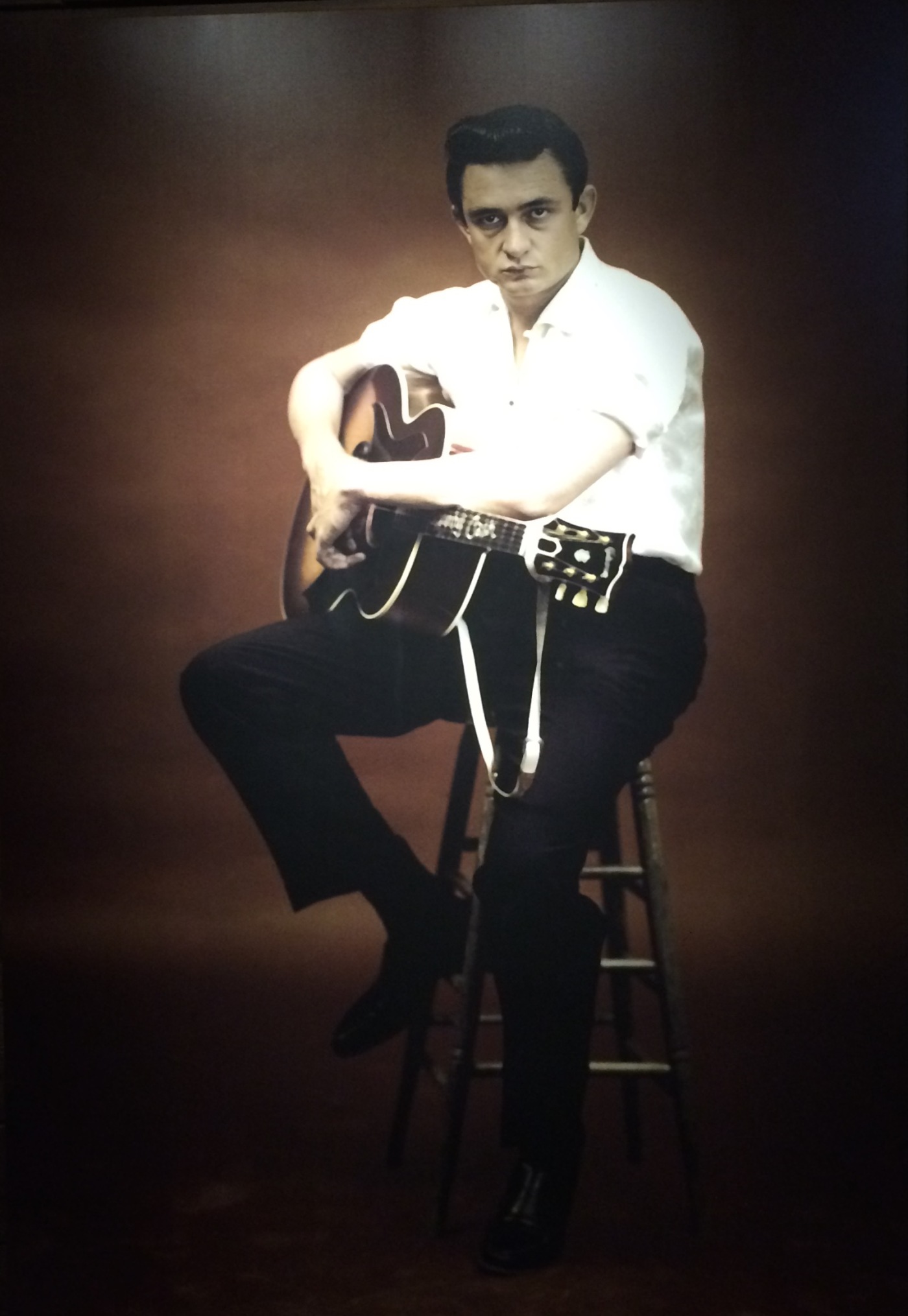 It’s predicted to thunderstorm today so I head out early to walk up to Vanderbilt Campus before I drown in hot rain. It’s a beautifully expansive campus and it’s leafy trees, lush grasses and old brick and stone buildings remind me a lot of Durham.It’s really quiet as the semester has ended and just me and the squirrels potter around in early morning light. It starts to drizzle, so I grab coffee and head back downtown to see some more sights.

The heavens open as I make it just in time to the Johnny Cash Museum, the lightening chasing my heels.

It’s an intimate little setting here and the museum tracks his career, personal life, as well as his philanthropy.

I learn all about Johnny’s early life- his air service, how he met and dated his sweetheart Vivian for 3 weeks, then corresponded for 3 years before finally marrying her.

I find out how he got his big break, his collaborations and record deal changes; his divorce and subsequent marriage to June Carter.

I’m pleasantly suprised to hear about his crusades for prison reform and his charitable endeavours.

Watching his music video to ‘Hurt’ before I exit and I’m quite overwhelmed by the man in black. This has definitely been my favourite visitors attraction so far.

The rain has passed and blue skies now rule so I walk the John Seigenthaler Pedestrian Bridge and score some great shots of the city.

Next I trek to Third Man Records, the brain child of Jack White. Inside is an eclectic mix of quirky and various Vinyl for sale, including The White Stripes back collection. I pop in a listening booth and flick on the songs that pretty much defined my adolescence. Bliss.

There’s interactive things to do here too-you can make a replica of an industry award and cut your own 2.5 minute track. I decide to do just that and immortalise my pipes forever.

I swing back by the hotel to change then head out for dinner. I’ve heard good things about ‘The Southern’ in Sobro and when I arrive its heaving. It’s a high end steak and oyster bar where the molluscs are shucked right in front of you, and the patrons are more local than tourist. I surf and turf it up, chasing it down with a nice Malbec, and it’s all exquisite.

After dinner I bar hop along Broadway and hear some great music. It’s a little quieter than normal after the bank holiday, but I pitch up finally at Honky Tonk Central which seems to have the best bands by far tonight. Their motto is ‘holler and swaller’ and with Tennessee fire on the go, I jam along. It’s great stuff and everyone playing is insanely talented.

I have to wait a while but soon my favourite songs get players and i’m singing and a hollerin’ along with the rest of them.

Completely spent, I head back home, the taste of cinnamon still on my breath. It’s been a great time here in Nashville and I’ve enjoyed both the music and the history, which I’ve imbibed as much as the whisky. I’m heading way out west in the morning, but truly I wish I could stay South a little longer. I’ve really fallen for Nashville a little after today, and i’m awfully glad I came to walk the line.

One thought on “Cashing out”